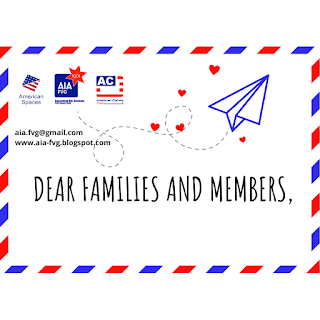 We hope you are doing well! Here at the Associazione Italo Americana FVG, we are pleased with how well students are doing and happy that everyone is adjusting well to our new Covid-friendly environment.  Teachers are now wearing masks with a transparent window so children can see their mouths while they are teaching and still stay safe. We hope we can continue in-person lessons, but in the event of another lock-down, we are ready to go online. Let's hope it's not necessary!
ONLINE EVENT THIS WEEK
For anyone who is interested... This week we have a virtual webinar that is open to the public. The Zoom invitation is here below.
Tuesday, October 20 at 6:00 p.m.
HOW TO BECOME PRESIDENT of the U.S.A.
Speaker: Abdel Perera, Chief Consul, Non-Immigrant Visas – U.S. Consulate General Milan
On Zoom
Please click the link below to join the webinar:
https://us02web.zoom.us/j/81819783545?pwd=UzlTVnYwVlVEajFLVkQ1TGVlVkZVUT09
Passcode: 7R5S5g

Halloween will be celebrated in all of our Children’s Classes.   hildren can wear costumes if they wish.  For Halloween, any type of costume is great.  Carnival type costumes are fine.  It doesn’t have to be scary.  Sorry, no candy or trick-or-treating this year.
AIA IS CLOSING FOR UPCOMING FALL BREAK
Also, remember the Association is closed from Saturday, October 31st until Friday, November 6th. We REOPEN on SATURDAY, November 7th.
AMERICAN FILM SERIES AT TEATRO DEI FABBRI
Our first film in the series is JUDY on October 29th at Cinema dei Fabbri (showtimes 1:30, 4:30, 7:30). The film series is included in your membership.  To see the films you must be a member.  Congratulations! If we are writing to you, you are a member.  Come to the films in English with English Subtitles.
MEMBERSHIP CARDS
If you have not picked up your new membership card, please stop by the Front Desk of the Association during office hours.
ABSENCES
We understand that this is a complicated period and there will be more absences than normal as a result.  We are doing our best to send out the lessons when children are absent. It is no longer necessary to request them. We will send them out automatically each Monday.
Other events this week include:

10 am - Departure of US Ballots for US Consulate Milan - Final departure of Ballots from Trieste on Monday, October 26th.  You can still send them to the US on your own.  Learn more on this LINK.

10 am - Conversation Break in English - BYO Coffee and we'll supply some great conversation.
6 pm - How to Become President of the USA - Webinar on ZOOM with the US Vice Consul - Milan

Have a great week!

Private Courier Service for US Ballots

The US Embassies and Consulates will continue to accept ballots and postmark them right up to Election Day on November 3rd.
The last departure of ballots from American Corner Trieste destined to the US Consulate Milan Diplomatic Pouch is October 26th at 12.

If you're running late, private courier service may be the only way to ensure that your ballot arrives on time. Please note that with a private courier, ballots are not postmarked and must arrive in the local voting office by Nov 3rd.

These Courier services in Italy are offering special rates for American Citizens who need to return their ballots.

DHL has offered Americans in Italy a special deal of only €36  to express return your ballot. You must drop it off at any of their 3600 points of service in Italy, and it must be prepared and ready to go. It cannot be addressed to a P.O. Box--you must use the address of your local election office--and you must show an ID confirming that you are American (a passport will do). The Promo Code for this is USA2020. The recommended deadline is October 28.
FEDEX is offering a special rate of €25, and some additional (small) surcharges may apply. To use this offer, you must create an account via THIS LINK. You will have to enter your credit card information and your Codice Fiscale, and your credit card will be billed immediately. As above, it cannot be addressed to a P.O. Box, and moreover, your request must be made entirely online via this link.  If you call Customer Service, go to a Fedex store, you will not receive this discount.

DUE TO THE  WORSENING WEATHER CONDITIONS and CANCELLATIONS by SEVERAL PARTICIPANTS, TONIGHT'S WOMEN'S BOOK CLUB (15/10/2020 at 7 pm) IS CANCELLED.

We'll inform the participants of the new date.

If you're curious, the book was:  The Vanishing Half by Brit Bennett 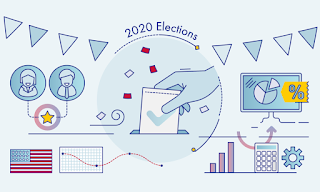 Conferences given by
U.S. Diplomats from the US Mission to Italy 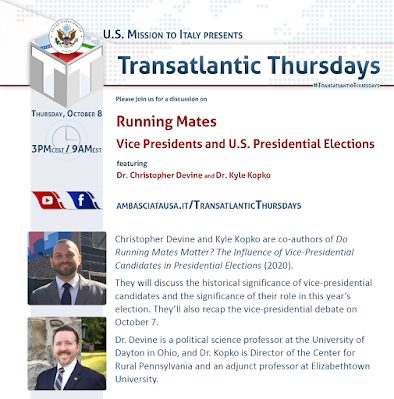 Please click the link below to join the webinar:

The Presidential Elections will take place in the United States on November 3, 2020.   the U.S. Embassy to Italy and the American Corner Trieste propose the U.S: ELECTION VIRTUAL SPEAKER SERIES on Zoom.
In recent months, the Cultural Office of the U.S. Embassy to Italy has organized a series of virtual conferences on various themes with U.S. Diplomats in Italy as speakers. The “Virtual Mission Speaker Program” has been an excellent way to continue the out-reach of the embassy.

In the past, U.S. diplomats traveled around Italy and made in person presentations. For the moment the “Mission Speaker Program” will take place only in the virtual mode. The US Embassy to Italy views this as a tremendous opportunity to interact with people all over Italy, especially in areas that in the past were difficult to visit for logistical reasons.

Lecture themes are about the United States of America. The meetings are held in English, with support of a Power Point Presentation on the Zoom platform. The speaker presents for 30 minutes then is available to answer questions.

In the future, there we hope to offer more Virtual Mission Speakers.

Are you a US CITIZEN? Read more about voting from Italy and how to mail your ballot postage free from Trieste.  Attend a Virtual Voting From Italy Conference with the US Embassy.

I Voted from Italy 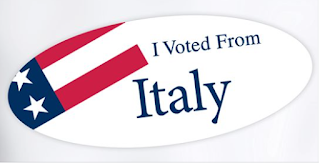 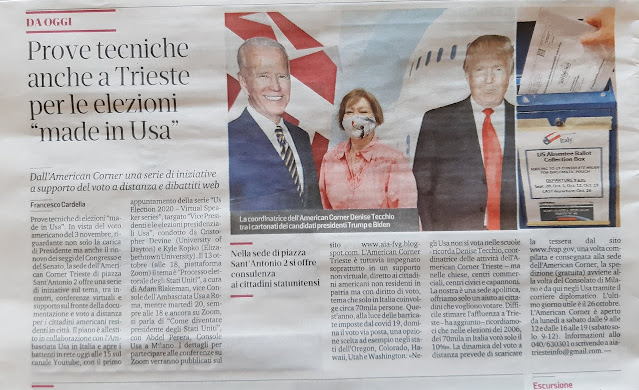 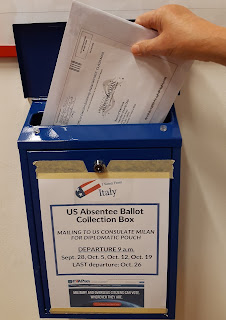 The envelopes will be sent postage free to the US Consulate Milan via Mailboxes, to be included in the Diplomatic Pouch leaving the consulate daily and going to directly to the US.

If you haven't registered to vote and requested your Absentee Ballot, go IMMEDIATELY to www.fvap.gov  In some states, you might still be in time to register.

We encourage you to VOTE EARLY. RETURN YOUR BALLOT EARLY.

Urgent questions that only an expert can answer?

In Italy you can contact the Overseas Voting Ambassador at :  sean.d.greene4.civ@mail.mil
At the American Corner we are available to assist you as we can.  Please note that we are NOT a Consulate and are NOT Consular Agents.

You didn't receive your ballot?

First contact your local Voting Bureau and ask them to resend it via email.  If you still didn't receive it, go online and fill in a FEDERAL WRITE-IN ABSENTEE BALLOT

IT IS PROBABLY* NOT TOO LATE TO VOTE!

(*depending on your state of residence for voting purposes)

EVENT:  The U.S. Consulate General in Milan, in conjunction with the Federal Voting Assistance Program (FVAP), is hosting a virtual voting assistance event for U.S. citizens in Italy.  We will provide information on the absentee voting process and other consular services and answer some frequently asked questions:

The event is open to all U.S. citizens in Italy - please help spread the word with others who may be interested.

Dial (for higher quality, dial a number based on your current location): 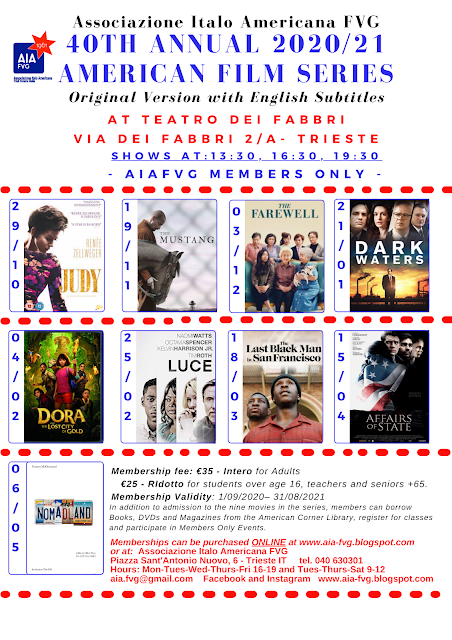 Any film series that starts with JUDY and ends with NOMADLAND has to be fantastic.

In English with English Subtitles

Legendary performer Judy Garland arrives in London in the winter of 1968 to perform a series of sold-out concerts.

The story of Roman Coleman, a violent convict, who is given the chance to participate in a rehabilitation therapy program involving the training of wild mustangs.

A Chinese family discovers their grandmother has only a short while left to live and decide to keep her in the dark, scheduling a wedding to gather before she dies.

A corporate defense attorney takes on an environmental lawsuit against a chemical company that exposes a lengthy history of pollution.

Dora, a teenage explorer, leads her friends on an adventure to save her parents and solve the mystery behind a lost city of gold.

A married couple is forced to reckon with their idealized image of their son, adopted from war-torn Eritrea, after an alarming discovery by a devoted high school teacher threatens his status as an all-star student.

A young man searches for home in the changing city that seems to have left him behind.

A young campaign aide gets in way over his head when he sleeps with the wife and daughter of a presidential candidate only to end up bleeding out on the side of an empty road at night.

Follows a woman in her sixties who, after losing everything in the Great Recession, embarks on a journey through the American West, living as a van-dwelling modern-day nomad.

50% Occupancy of the Theater

Members Only.  No spectators under age 16.

Quick LINK Online Membership, Registration for Classes and Other Activities 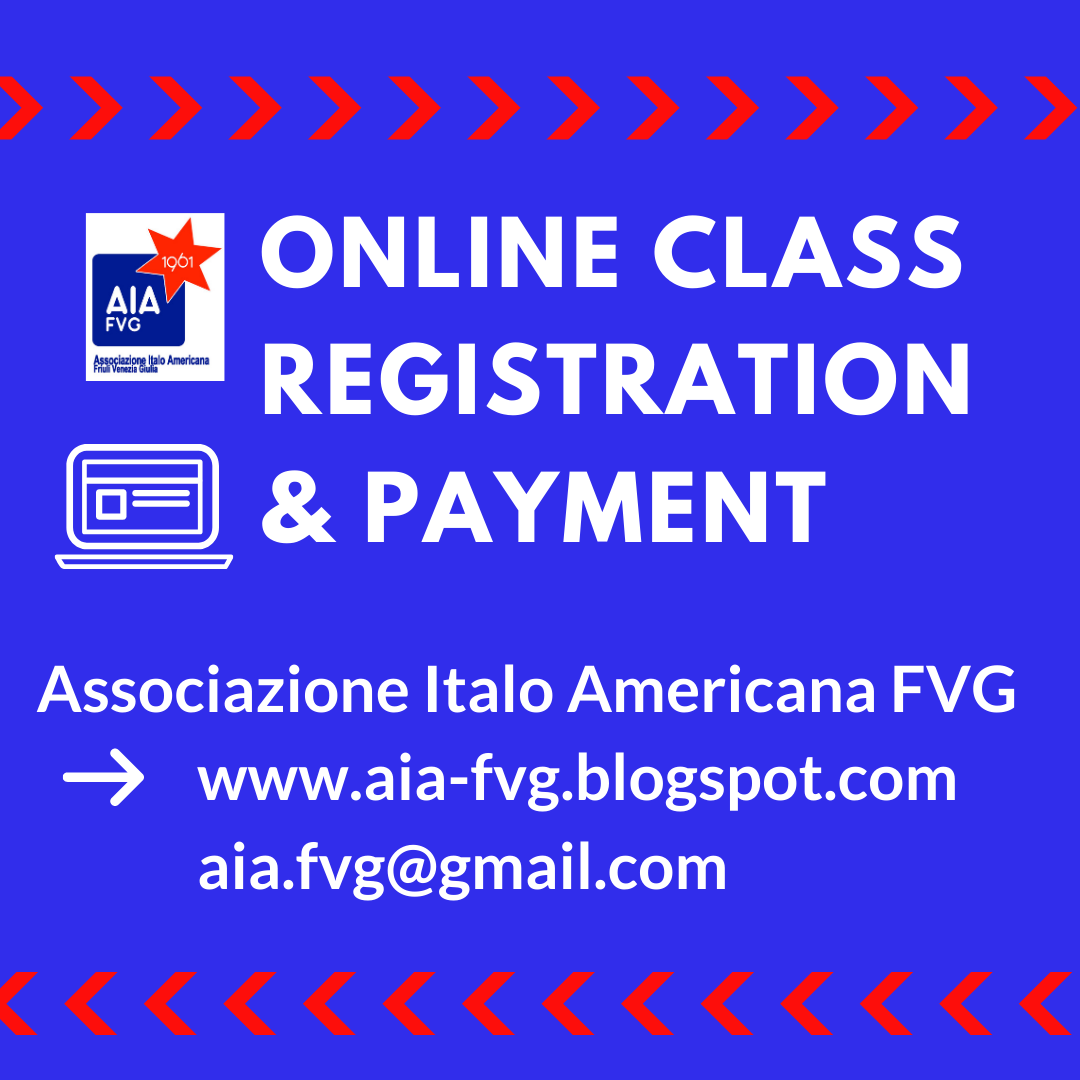 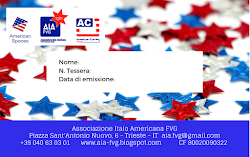 How to Make Payments

Search our Library Catalog for Books and DVDs 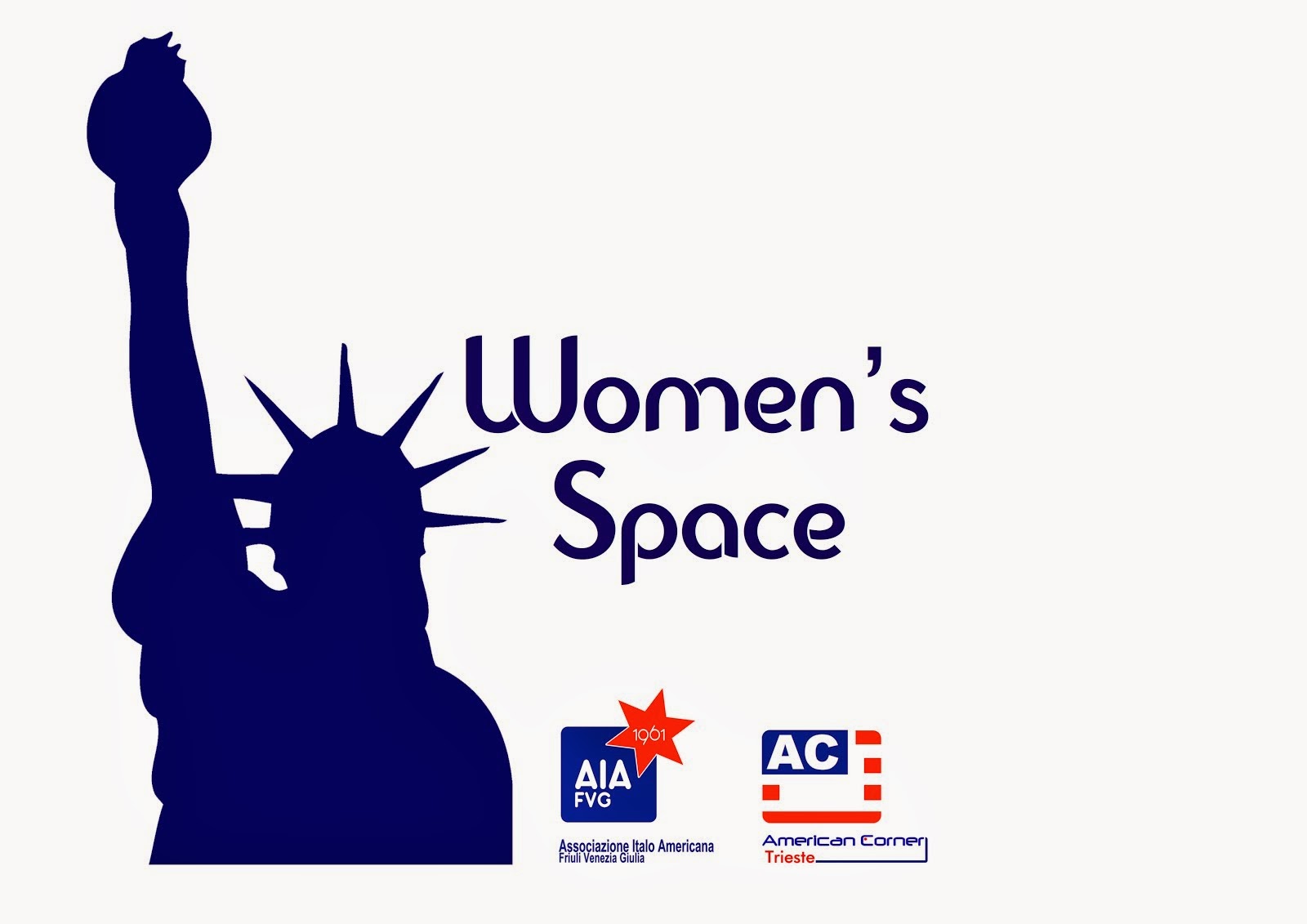 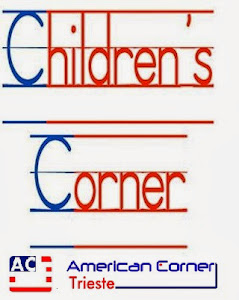 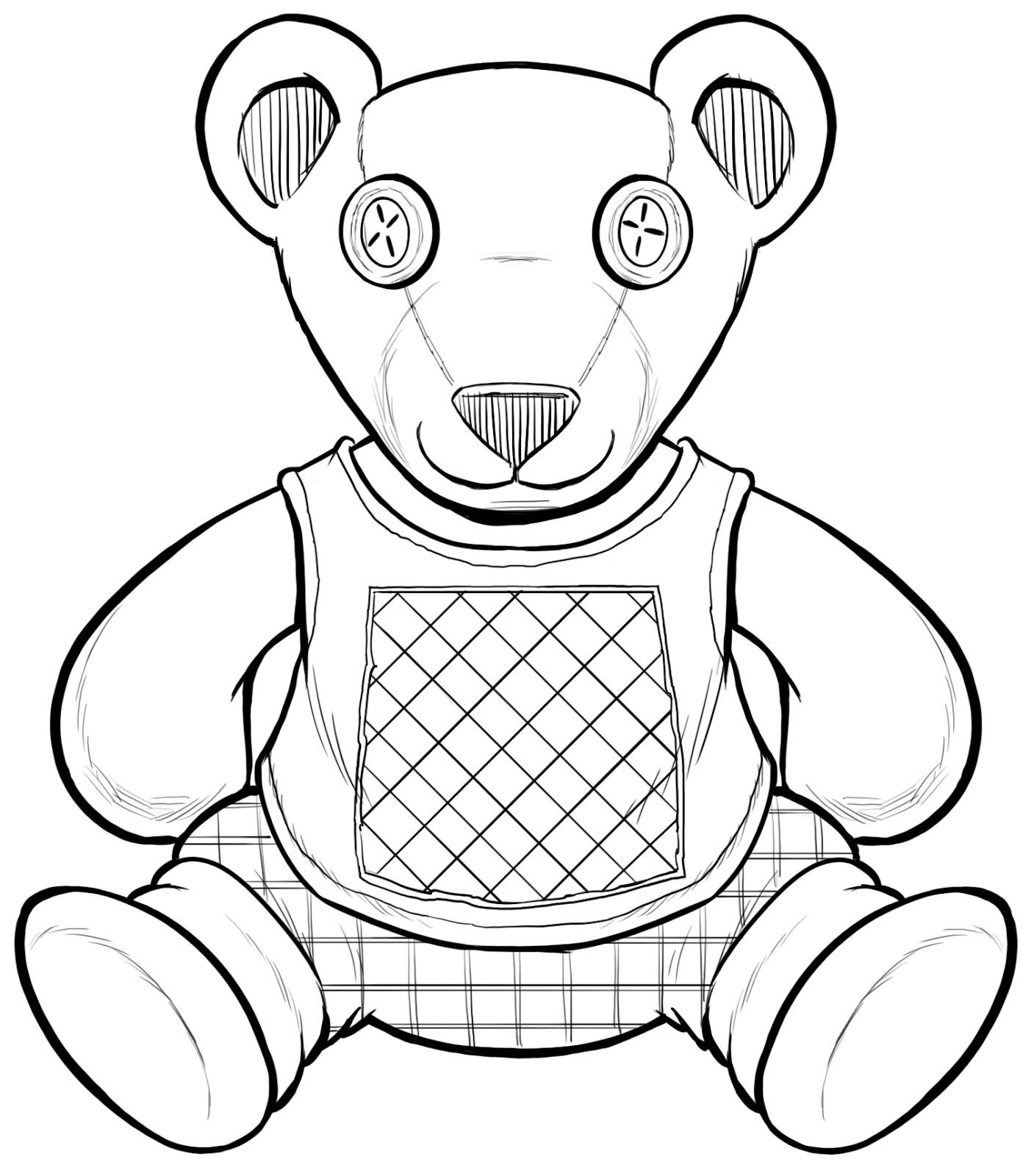